Top Universities In France In 2019: Pursuing Higher education from universities in abroad is a dream of many students. So talking about the best universities, let us first get our knowledge enhanced regarding France. Paris’s capital France is worldwide famous for its international courses. French Universities have a long tradition with high teaching standards.The French language is the second most widely learned foreign language in the world, with almost 120 million students.

Why study in France?

Every individual has a dream of completing his/her further studies from abroad, let it be any course. France has one of the most prestigious education systems in the world. No matter what region that you go to, there are numerous universities and educational institutions offering world-class education for people far and wide.

France is one of the top five favorite studying destinations for Indian students. France offers a lot of academic and professional opportunities to its students. There are 73 Public Universities, 150 business schools, 200+ engineering schools, 20 architecture schools, 3000 other specialized institutions. They have 300,000+ international students, including India.

There is a reason that so many people choose to come to France to receive their education and when it is the best education that you require, it is well worth your time to look at the colleges and universities in France that are available throughout the country.

No matter what country you are coming from? You can expect to be welcomed with open arms. There is so much diversity in France. It is one of the things that keeps the country such an amazing place to be for all.  Some of the best universities in France with their rankings are as follows:

5) CentraleSupelec – It falls between 201-250th on World’s University Ranking. It is one of the top 3 Engineering schools of France. It is affiliated with the University of Paris-Saclay, a French Federal Research University.

6) ESPCI ParisTech – Also known as- THE CITY OF PARIS INDUSTRIAL PHYSICS AND CHEMISTRY HIGHER EDUCATIONAL INSTITUTION. According to World’s University Ranking, it is ranked on 20-250th. There are two ways to get admission here- by competitive exams or by file evaluation.

Above is a list of Top Universities in France, based on World’s University Ranking 2016-17.

Types of courses offered in France

Nuclear, Space and Aviation teaching in France is very popular. Those who attend universities in France often do so because of the technology they offer. Other industries in which France excels in include teaching, languages, art, history, medicine and law.

France is a country that excels in law degrees; however, this is another area that is best left for the locals (e.g. England and Wales and France have completely different legal systems (common law and civil law respectively). Those who are interested in learning international law will find the many different courses in France to be of the highest degree. Economics courses in France are very popular for both local and international students.

France is chosen for economics courses because they are often much more sophisticated courses that are taught in many other European countries. As most of the top universities in France are famous for their disciplinarian culture.

In the end, it is always recommendable that before you decide to pursue any course from a particular university just go through the college website for the fees structure as it varies from one course to another in different universities.

How to get a France student Visa ? 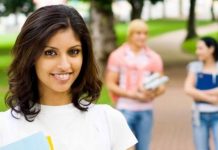 Cost of studying in France 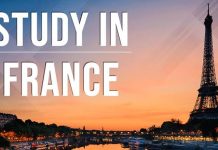 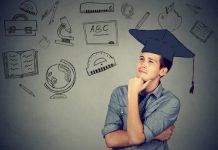 How can an Indian student get a scholarship to study in France? 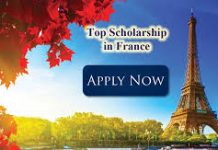